There are so many beautiful places to go in Italy, with wonderful accommodations throughout the country. But after three weeks of traveling there, one place in particular stands out that I really have to recommend: Agrivilla i pini.

When we were planning our trip, I let myself dream of the ideal Italian spot and, realizing it didn’t likely exist yet, took a chance anyway and googled “vegan hotel Italy” out of curiosity. While there actually were a few vegan-friendly places that popped up, i pini stood out as the 100% vegan and 100% organic place to go, and it happened to be a farmhouse in Tuscany. Sold!

i pini is that place of my dreams - and even beyond. The owners had been enjoying a plant-based lifestyle so much that they changed the menu at i pini to 100% vegan and ecologically renovated the place about a year ago. Contemporary yet rustic, every detail has been carefully considered. It’s a classic eleven-room Tuscan farmhouse with a focus on sustainability down to the organic fabrics (the organic linen bedding is so lovely) and biodegradable cleaning products. Solar power, rainwater irrigation, passive heating and cooling, chalk and rice husk wall finishes for optimal air quality - these are just some of the new details that enrich i pini while respecting nature. Not only nature, though - everything is fair-trade, too, with furniture made by local artisans. On top of it all, they grow their own olives and grapes to make their signature organic olive oil and organic wines, plus herbs, vegetables, and fruit from their gardens and orchard - all used in their vegan restaurant. The whole vibe is like a meditative retreat. There is so much goodness it overwhelms the senses in a calm, wonderful way. It is everything I would wish for, an inspiration! An aspiration. Wouldn’t it be amazing if this type of caring standard became the new vacation normal around the world? Well, for now we have i pini!

The “characteristic traits” described on the i pini website:

In three weeks of traveling around Italy, it was absolutely our favorite stay. Just magical.

The rooms include half board, with a daily “slow food breakfast and 4-course gourmet dinner.” The menus change daily and let me tell you, every one of them that we had was outstanding.

We arrived in time for dinner our first night, and we were so glad we did. Everyone working there was so welcoming and kind. I’d mentioned in Vegan in Italy Part I that vegan options around Italy usually involved lots of bread and pasta - fun, but a little much for weeks at a time. It was refreshing to have the most beautiful, innovative vegetable-forward dishes coming at us as we sat there relaxing in that sweet dining room with wine and cocktails made from i pini-grown herbs and fruit. The food reminded us of Matthew Kenney, who is famous for the beautiful upscale, bright and colorful creations he makes with plants on plates. That first night we had pacca, with eggplant, millet and yogurt, then risotto, with saffron, licorice, and almond butter - the combination was ah-mazing!, then terrina with cannelini beans, beetroot, and mushrooms, and finally semifreddo, with walnuts, dates, strawberries and green cardamom. We totally blissed out and were ready for a good night’s sleep when we finally finished.

From the solar heated Tuscan brick paved flooring to the smooth plastered walls and neutral, soft color palette, each room soothes with simplicity, flow, and grace. The textures are a pleasure to touch, the beds seem to come with their own lullaby they’re so comfortable, and everything exudes quality and beauty. The renovation was just months before we arrived, but the rooms felt timeless, like they’d always been there just as we saw them.

Breakfast tended to be fruit, fresh cold-pressed juice, roasted veggies, hummus, yogurt with all the toppings, biscotti, grain dishes, fresh bread - all house-made and changing daily. Even the tea was simply hot water with lemon and herbs from the garden - wonderful in its simplicity while complex in flavor with those fresh-picked herbs. I tried to have only a small taste of everything, which was still fantastically too much.

We decided we needed a good walk, so it was a perfect time to walk to San Gimignano, which is visible from i pini and just up the hill. All along the way we were flanked by vineyards, olive groves, and cypress trees. It was such a feast for the eyes, it was actually overwhelming. Once through the entrance of San Gimignano there are lots of little shops, but what we really loved about San Gimignano were the views from the walls and walkways, the people watching (we were able to witness a bride & groom leaving Duomo di San Gimignano and then having a photoshoot in the piazza), and exploring the ancient art around the city. When we got back to i pini, my husband, John, took a nap while I wandered the i pini olive groves and vineyards taking a few (hundred) photos. m a g i c a l !

Dinner was completely different from the night before, yet just as delightful: potatoes julienned, sautéed, and stuffed into steamed cabbage rolls, salad with chickpea fritters shaped like bunny rabbits, fussili pasta in a carrot tarragon cream sauce, vegimisu with brownie and custard. y u m.

We were supposed to leave in the morning, but looked at each other over dinner and both knew we had to add another night. They were kind enough to move us to The Loggia suite, complete with its own terrace overlooking San Gimignano and the rolling countryside. Extending our stay meant cutting time in Padua and Venice. We have no regrets.

A Day at i pini

By the time we’d arrived at i pini, we’d been to Parma, La Spezia, Cinque Terre, Pisa, Carrara, and Lucca - all within a week. We’d been so eager to see as much of Italy as we could, we’d been going like Energizer bunnies and were by now pretty worn out. So it was perfect timing to take a break and spend the entire day chilling out at our new home base. Well, I did - John joined me poolside after renting a bike to ride through the countryside after breakfast - he had an amazing ride through the rolling hills. In fact, here’s what he had to say: “I rented a bike and was able to ride parts of the Strade Bianche (which means “White Roads”) route, a mix of rural Tuscan paved and dirt roads winding through farmland vineyards and forests. Eighty degree weather, lots of eagles and farm animals but very few people or cars. The bike was a proper Italian road racing bike. Simply epic!”

Then it was off to a cooking class led by the i pini chefs, Mario and Grazia - such an honor after experiencing how amazing their creations are. There’s so much heart in their food, which makes all the difference, and it came across in the class. We (and a very nice Austrian couple) learned to make from-scratch ricotta, mayo, tomato galette, two-spoon falafel (my name for it - falafel formed in a 3D leaf shape by alternating two spoons facing opposite directions repeatedly in a precise way. I definitely still need practice), and molten lava cake.

After the delicious cooking class, we got a tour of the vineyards and olive groves with Sati, who worked the front desk and dining room and volunteered to take us after her shift. So kind of her, and such a treat! She told us about their farm practices (all organic, using no animal fertilizers!), their Sangiovese grapes for their Toscovivo wine, and harvesting the olives in late November/early December. The church bells from San Gimignano were going off as we walked through the grounds. Ahhh. We kept seeing wild boar footprints, which are common there.

At dinner, we noticed that the tomato galette was in our first course and the ricotta was in our dessert. Another wonderful four-course meal that was completely different from the night before. The owners were eating there, too, so I was able to chat with them. i pini has part of my heart now.

On our last morning at i pini, we woke up to a beautiful sunrise over the olive groves, vineyards, and San Gimignano. We had another wonderful, immense breakfast outside under the olive trees and bid farewell to our new friends. Hugs and tears, and not just on my part! The chefs, Mario and Grazia, heard we were leaving and stopped what they were doing in the kitchen to hug us goodbye. They were just the best! They did let us know that a new chef would be rotating in next season, and we were sad to hear they’d be moving on. But it did sound like the organic vegan tradition is there to stay. It was difficult to leave, we had felt so cared for, had bonded with staff and guests, and had had such a wonderful time. After just three days, it was like leaving family.

On the train from Florence to Padua, we opened the boxed lunches that Mario and Grazia had packed for us and our eyes got very big as we saw what was inside. Each one contained:

We enjoyed reminiscing about our stay as we ate our lunch. Yes, we ended up saving a good portion for breakfast!

There were so many beautiful experiences we had on our trip to Italy, but I’d say i pini was our favorite place to stay. We can’t wait to go again! If you’d like to experience i pini, you can learn more and book your room on their website: https://www.ipinitoscana.com/

Below are some pictures of our wonderful time at i pini and San Gimignano. This is just a small taste of what we experienced, but will give you an idea.

John’s “I think we’re gonna like it here - in fact, I’m overwhelmed!” face.

October is a wonderful time to be in Tuscany. It’s the end of grape season with olive season approaching, so you can see both. The vines are turning golden, so beautiful to see in person. These pictures were taken in i pini’s own olive grove and vineyard.

Yes, the olive trees go right up to the pool area! It’s so beautiful to be surrounded by them.

Signs of a wild boar! They’re apparently about as common in Tuscany as deer are for us.

Part of a typical breakfast spread (sorry, just had my phone with me in the dining area so didn’t capture the food the way I wanted to. Gives you an idea, though. Better next time!).

We had such a great time at Mario and Grazia’s cooking class! The two-spoon falafel is pictured.

On the way to San Gimignano, looking back toward i pini.

The entrance to San Gimignano.

Jousting fresco In the Palazzo Comunale.

One of 14 towers in San Gimignano. Each wealthy family had a tower, which was a display of their riches and served as protection during raids. Originally there were 72 towers, but when San Gimignano was conquered by Florence, most were torn down. The Torre Grossa, which is the tallest and next to the Palazzo Comunale mentioned above, was built in the 1300s, destroyed by Florence in the 1500s, rebuilt in the 1800s, destroyed in 1944, and rebuilt in 1988.

The churches in San Gimignano have a beautiful, simple exterior, with interiors filled with amazing frescoes.

back at i pini

Sun setting on the big pine tree, which i pini is named after.

Blue hour at i pini.

I’m ready to go back! 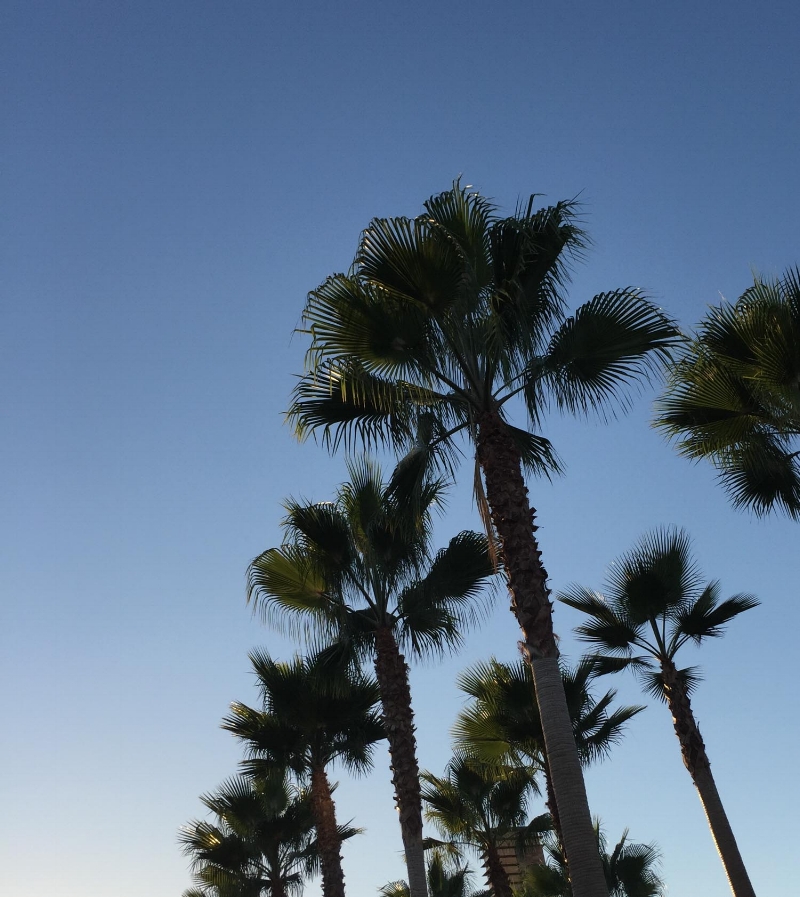 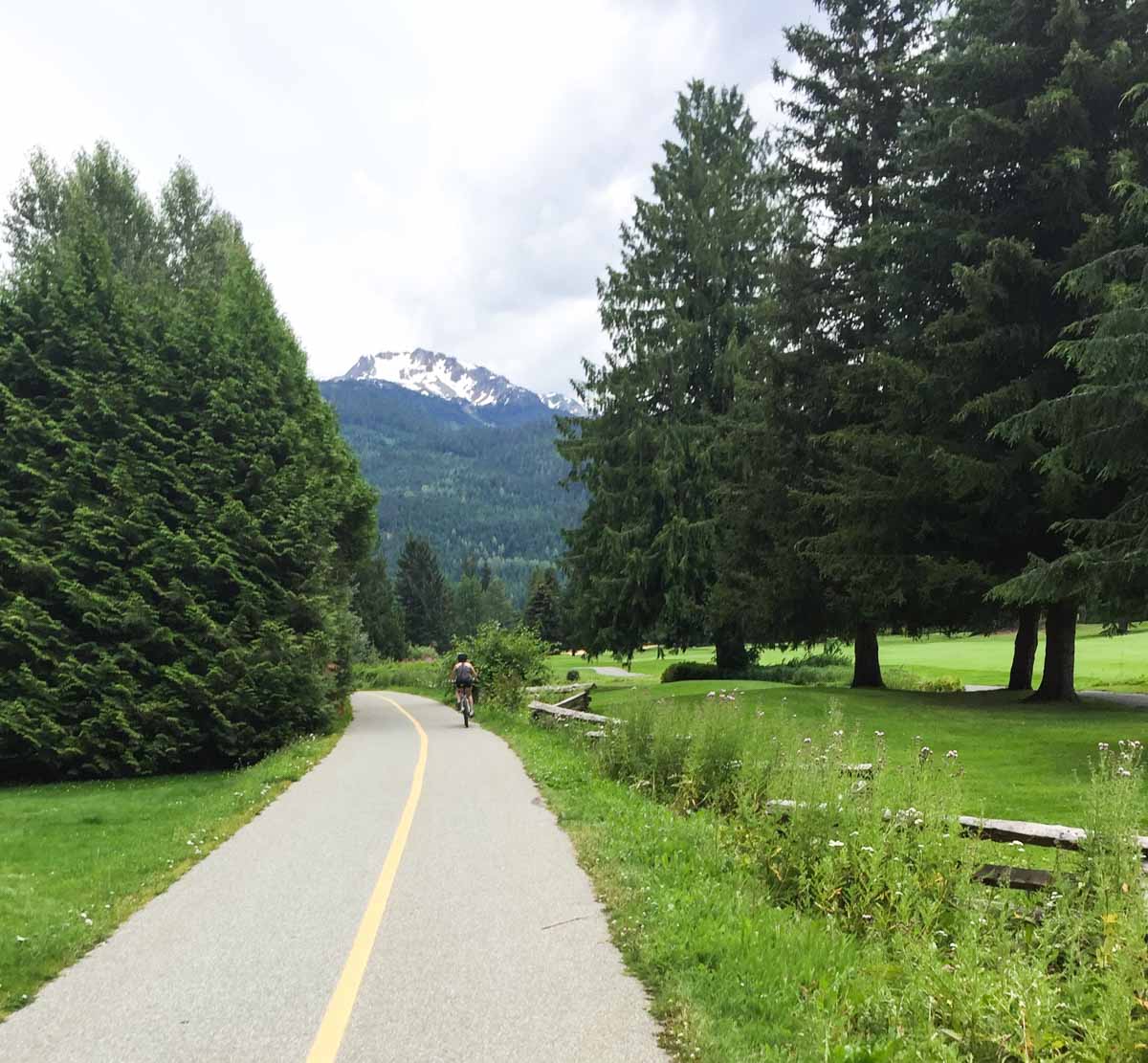 Summertime in Whistler, BC

More recipes you may enjoy